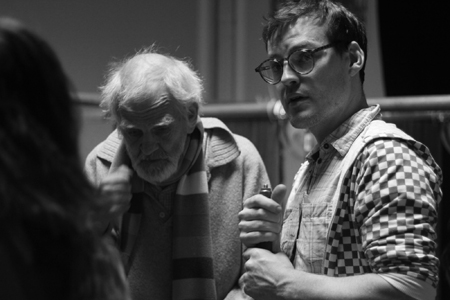 Don Duncan is an Irish journalist and lecturer currently based in Belfast.

He has lived and worked in Europe, Asia, North America and the Middle East. He currently lectures at Queen's University Belfast.

He holds a PhD from the University of East Anglia; master's degrees in politics and journalism from Columbia University in New York; and a bachelor's degree in literature from Trinity College Dublin.

In 2016, he graduated with an MA in Film Directing from INSAS, the Belgian state film school.

As a journalist, he has reported from Lebanon, Syria, Jordan, Egypt, Libya, Tunisia, Afghanistan, the Emirates, east Asia and across Europe for clients including the New York Times, the Wall Street Journal, the Los Angeles Times, Foreign Policy, Le Monde Diplomatique, and others.

As a media trainer and teacher, he has worked across Africa, the Middle East and Asia with BBC Media Action, IWPR and Choson Exchange, delivering training, metorship and management to diverse media projects and broadcasters.

To date, he has made three short films. His most recent film, “Un Signe, Un Geste”, has been screened at some 30 festivals internationally and has picked up a half dozen prizes. He has also been an active member of an 8 and 16mm film collective, shooting, developing and editing in analogue formats.

He is currently developing fiction and documentary projects in Ireland, in both video and radio formats.